RAID 5 arrays are mostly used in a data warehouse solution where the number of READ requests is significantly higher than WRITE requests. 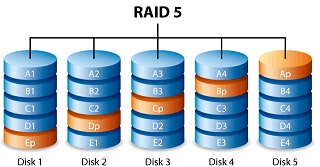 RAID 5 uses data striping to provide fault-tolerant data storage and doesn't require duplication of data like RAID 1 or RAID 10. Data is striped across all of the drives in the array. For each stripe through the array (one stripe unit from each disk) one stripe unit is reserved to hold parity data calculated from the other stripe units in the same stripe. This leads to improved read performance. However, there is a penalty for writes, since the parity data has to be recalculated and written along with the new data to the parity stripe unit.

The RAID 5 controller itself can fail due to different circumstances and it is impossible to recreate and recover array. As a result, you have a number of disks, all containing your data but you cannot access that data. This is where you will need true RAID 5 data recovery services. The ACE Data Recovery engineers are experts in recovering RAID 5 arrays regardless of the reason for failure, even including crashed arrays with two or more drives down. Multiple drives down in a RAID 5 failure requires the right equipment and experience in order to preserve the highest chances for successful recovery.

What are the reasons of RAID 5 failure? 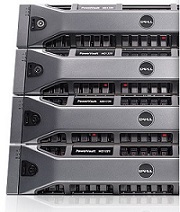 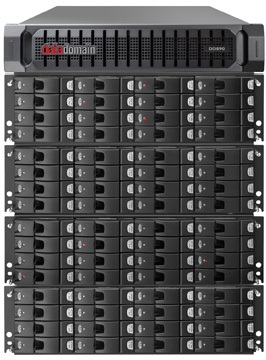 A RAID 50, also known as RAID 5+0, implements a distributed parity (RAID 5) with striping (RAID 0) and requires a minimum of 6 drives. It combines two RAID 5 configurations into RAID 0 configuration. However, not every controller supports RAID 50. RAID 50 provides a great balance between storage capacity, array performance and data integrity that is not found in other RAID levels. Performance does not degrade as much as in a RAID 5 array because a single failure only affects one array. Up to 2 disk failures can be overcome as long as they affect different RAID 5 arrays. When you increase the number of drives in RAID 5, you also increase the probability of failure as more than one drive can fail at the same time.
Comparing with RAID 5 configuration, RAID 50 uses additional disk space for parity to lower the risk of system crash.
RAID manufacturers differ vastly in their designs of the internal components and circuitry of their hardware and an in-depth knowledge of these designs are crucial for successful data recovery. But because manufacturers do not disclose this information, RAID recovery techniques  require many years of development and reverse engineering in order to determine which ones are the most effective.

"We will be sure to use them again"

We had them recover data from a RAID5 configuration, after we suffered mechanical failures on 2 drives. Their service was quick and thorough, with them recovering all the data off the drives that we had requested. They gave regular "status reports" to us via phone calls at every point in the process, just to update us on what data would be recoverable and when they expected to complete the job. All in all, it took just under 5 business days for them to complete the recovery. While theirs is a service that you hope you won't need, we will be sure to use them again should we have any data recovery needs.