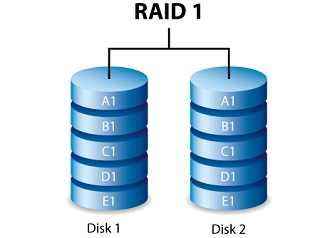 RAID 1  creates an exact copy (or mirror) of a set of data on two disks. This is useful when write performance is more important than minimizing the storage capacity used for redundancy. The array can only be as big as the smallest member disk, however. A classic RAID 1 mirrored pair contains two disks, which increases reliability by a factor of two over a single disk, but it is possible to have many more than two copies. Since each member can be addressed independently if the other fails, reliability is a linear multiple of the number of members. To truly get the full redundancy benefits of RAID 1, independent disk controllers are recommended, one for each disk. Some refer to this practice as splitting or duplexing.


Free external hard drive or usb flash with each completed recovery
Talk to the Experts 1-877-304-7189
The advantage of RAID 1  array is that one write or two reads are possible per mirrored pair. The 100% redundancy of data means no rebuild is necessary in case of a disk failure, just a copy of the replacement disk. The disadvantages include the highest disk overhead of all RAID types. By mirroring all of the data on a second drive, RAID 1 provides substantial protection against the failure of either disk in the array. However, no RAID setup is immune to data loss, and even the best systems can still fail due to power surges, controller faults, and other causes.

The data is mirrored identically across the member disks. This can lead to a false sense of security, even the most secure systems can be wiped out by power spikes, multiple drive failure etc.

RAID 1  arrays are considered a good option for data protection however we commonly will receive RAID 1 arrays due to corrupted mirrors, bad data being duplicated on to the other drive, improper rebuild, as well as not being able to boot into the operating system. Chances are further improved if the two or more drives are all available. So if possible, avoid using the array or the disks contained within it until you have had a consultation about your data recovery prospects. 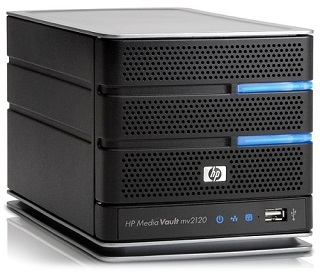 For RAID 1 data recovery, if at least one of the disks in the RAID 1 array is fully functional and contains the needed data, the RAID 1 recovery effort is relatively straightforward. However, we often deal with cases where the entire RAID 1 array malfunctioned, or a logical data problem was replicated to all the mirrored drives. In other cases, an essential component such as the RAID controller itself suffers from malfunction, which deprives access to any of the drives. In these cases, recovery is not quite as straightforward, but the likelihood of success can still be very favorable.
RAID manufacturers differ vastly in their designs of the internal components and circuitry of their hardware and an in-depth knowledge of these designs are crucial for successful data recovery. But because manufacturers do not disclose this information, RAID recovery techniques  require many years of development and reverse engineering in order to determine which ones are the most effective.
Being experts in the recovery of both single hard drives and striped volumes perfectly places ACE Data Recovery to recover your critical files from this and any other type of array/volume.

I was amazed by how quick they were able to complete our project. We mentioned we were a business and how time was crucial. They estimated the data recovery would take 5-7 days. We were ok with this since we figured we had no choice and would simply have to be patient. Within a day, they called and explained what happened to our hard drives and what the procedure would entail. Hours after we authorized them to proceed, we got a message that the service was completed! We were very pleasantly surprised. The service was excellent, and the individuals we dealt with were very courteous, understanding and knowledgeable.