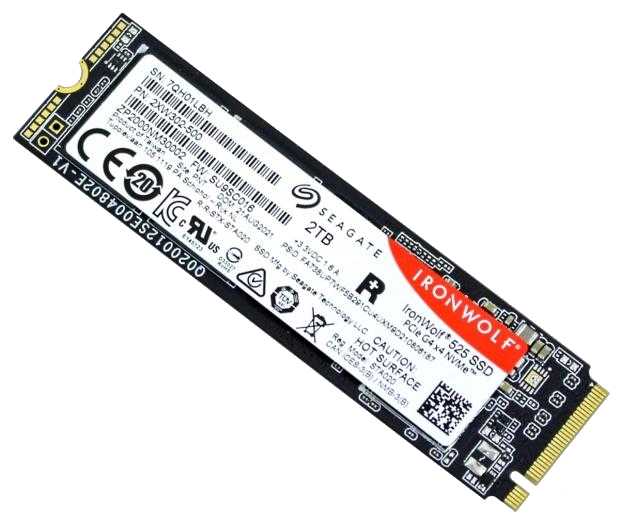 The Seagate is continuing their leadership in targeting the prosumer / SMB / SME NAS markets with the launch of the IronWolf 525 NVMe SSDs. These M.2-2280 form-factor SSDs are based on the Phison E16 (PS5016-E16-32) PCIe 4.0 x4 NVMe SSD controller and are backward compatible with PCIe 3.0. They can slot into the same places where the IronWolf 510 SSDs are currently being used. Seagate offers three capacities: 500 GB, 1 TB, and 2 TB.

Seagate intends that the IronWolf 525 NVMe SSDs will be used in commercial and entry-level enterprise NAS units, high-performance workstations, and in U.2 NVMe SSD drive bays with U.2 to M.2 adapters. These SSDs appear to have the same hardware (including the Kioxia BiCS 4 96L 3D TLC flash) as the Seagate FireCuda 520 series and modified firmware to enable the NAS-specific features such as IHM.