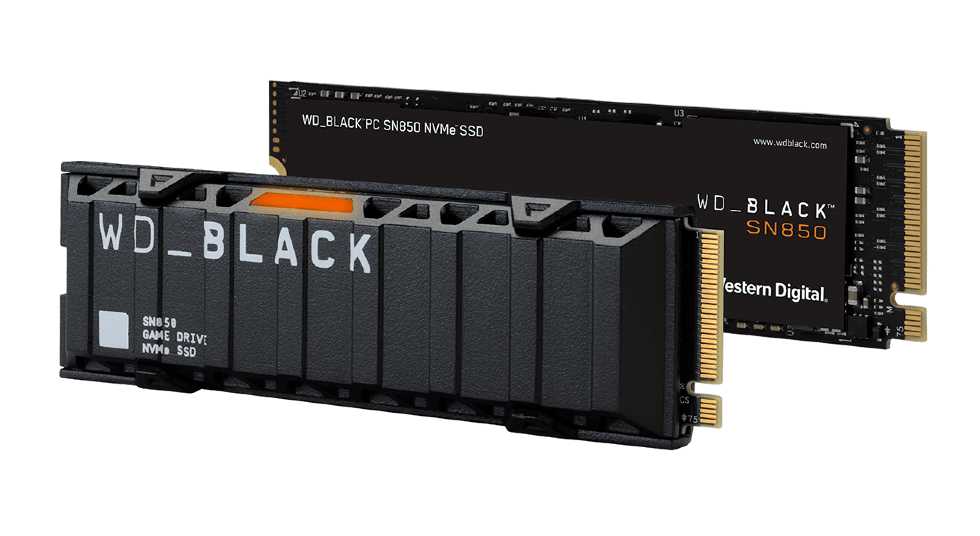 The Western Digital Black SN850 M.2 NVMe SSD is a PCIe 4.0 drive with some serious performance specs. It is aimed at the true top of the market, and is designed to compete against the Samsung 980 PRO and a multitude of more recent arrivals mostly based around the Phison E18 SSD controller. With a robust design and major improvements to nCache 4.0, WD’s Black SN850 SSD can be considered one of the most responsive drives. The drive is available in capacities of 500GB, 1TB, and 2TB, and there are models with a heatsink and RGB lighting.

With peak sequential performance up to 7/5.3 GBps of sequential read/write throughput and upwards of 1,000,000/720,000 random read/write IOPS, the WD Black SN850 SSD delivers top-tier performance over the PCIe 4.0 x4 NVMe 1.4 interface. To reach this level of performance, Western Digital has introduced the second generation of their in-house NVMe SSD controller design.