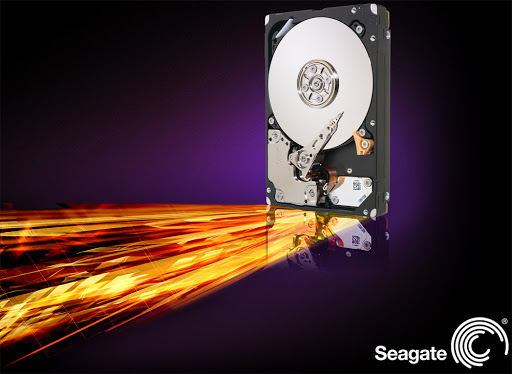 Seagate published its long-term technology roadmap that reveals the company’s plans to produce ~50 TB hard drives by 2026 and 120+ TB HDDs after 2030. Seagate is planning to use heat-assisted magnetic recording (HAMR), adopt bit patterned media (BPM) in the long term, and to expand usage of multi-actuator technology (MAT) for high-capacity hard drives. This is all within the 3.5-inch form factor.

In the recent years, HDD capacity has been increasing rather slowly because perpendicular magnetic recording (PMR), even boosted with two-dimensional magnetic recording (TDMR), is reaching its limits. Seagate’s current top-of-the-range HDD features a 20 TB capacity and is based on HAMR. This method promises to enable 3.5-inch hard drives with a ~90 TB capacity in the long term.

Seagate expects 30+ TB HDDs to arrive in 2023, then 40+ TB drives in 2024 ~ 2025, and then 50+ TB HDDs sometimes in 2026. This information was revealed at its recent Virtual Analyst Event. In 2030, the manufacturer intends to release a 100 TB HDD, with 120 TB units following on later next decade. Seagate is looking to adopt new types of media to hit these higher capacities.

Seagate projects HAMR technology to continue scaling for years to come without cardinal changes. The company expects HAMR and nanogranular media based on glass substrates and featuring iron platinum alloy (FePt) magnetic films to scale to 4 ~ 6 Tb/inch2 in areal density. This should enable hard drives of up to 90 TB in capacity.

To achieve a capacity of 105 TB, Seagate expects to use ordered-granular media with 5 ~ 7 Tb/inch2 areal density. To go further, the manufacturer plans to use ‘fully’ bit patterned media (BPM) with an 8 Tb/inch2 areal density or higher. All new types of media will still require some sort of assisted magnetic recording.

Increasing the capacity of HDDs is extremely important to keep them competitive with SSDs, but in a bid to stay relevant for operators of cloud datacenters, HDDs also need to improve sequential and random performance.

Seagate and Western Digital have been looking to radically increase sequential and random performance of HDDs by installing more than one actuator, with multiple read/write heads into one drive. Seagate's Mach.2 technology, which embraces two actuators, can almost double IOPS-per-TB performance of a hard drive and substantially increase its sequential read/write speeds. Speaking of TCO, Seagate is confident that 3D NAND will not beat HDDs in terms of per-GB cost any time soon and TCO of hard drives will remain at competitive levels.