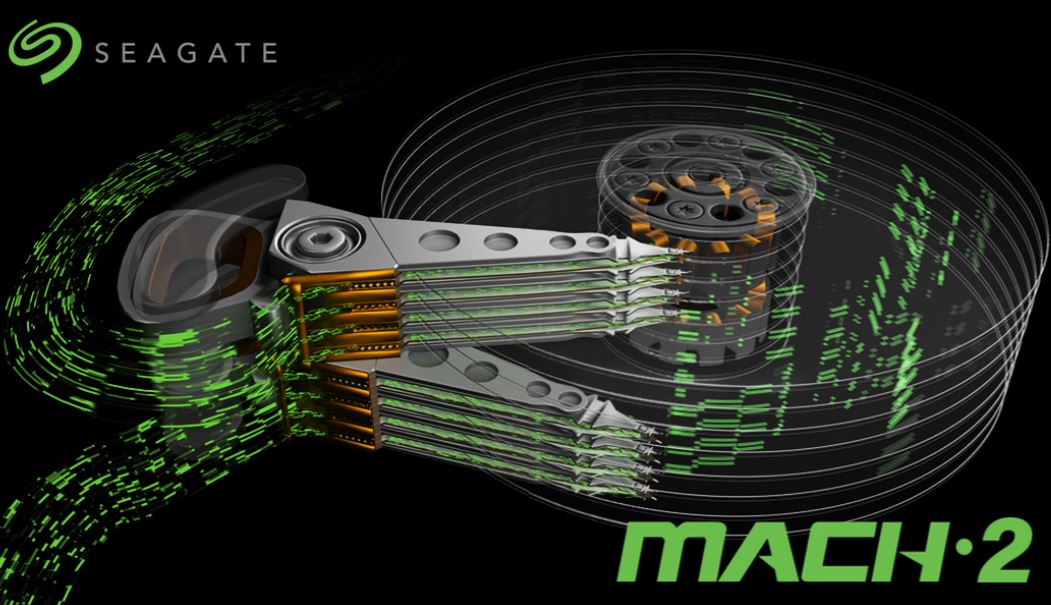 Seagate has finally listed its dual-actuator hard disk drive the Mach.2 Exos 2X14 on its website. Although SSDs have now become the standard for business laptops and workstations, HDDs still have a place in data centers because they are capable of storing large amounts of data relatively cheaply. But Seagate's Mach.2 multi-actuator technology aims to speed up the rate at which HDDs can transfer data without sacrificing their storage capacity.

The Mach.2 is the fastest HDD ever, offering a 524MB/s sustained transfer rate, and its sequential read and write performance is twice that of a normal drive. The key innovation here is that instead of a traditional single actuator design, the Seagate Exos 2X14 Mach.2 14TB drive is effectively two logical 7TB drives fused together in a hermetically sealed helium-filled 3.5inch chassis, and each drive is serviced by an independent actuator. This allows the heads to move independently over media. The drive features a 7200 RPM spindle speed, is equipped with a 256MB multisegmented cache, and uses a single-port SAS 12Gb/s interface.

But performance increase comes at the cost of higher power consumption. The Exos 2X14 drive consumes 7.2w in idle mode and up to 13.5W under heavy load, which is higher than modern high-capacity helium-filled drives. That is also higher than the 12W usually recommended for 3.5-inch HDDS. Still, data centers can use Seagate's PowerBalance capability to reduce power consumption, but at the cost of 50% lower sequential read/write speeds and 5%~10% lower random reads/writes.

The Seagate Exos 2X14 Mach.2 500MBps hard drive is only available to select customers and won't be coming to the open market anytime soon. Still, there is a possibility that the company's multi-actuator technology could eventually be found in other HDDs.