MAMR and HAMR technologies can boost capacity of HDDs

MAMR and HAMR technologies can boost capacity of HDDs 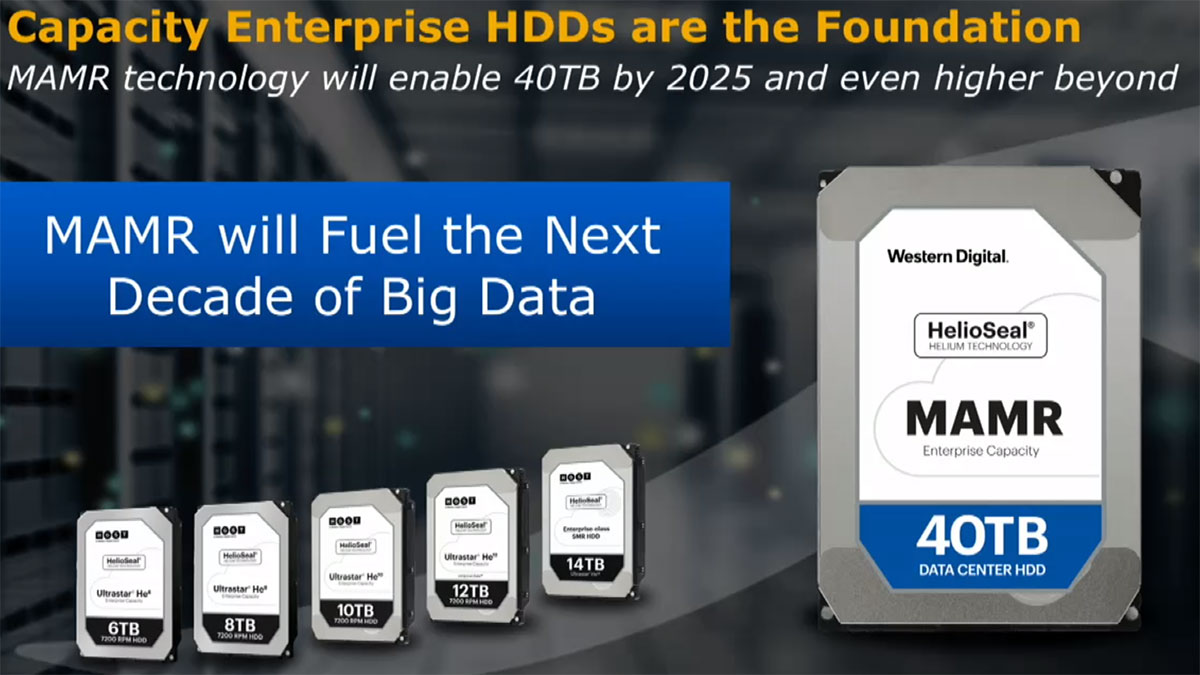 Flash storage has become so cheap that now, SSDs and flash memory hold the data on most of our devices except backup systems and NAS. Fewer hard drives are sold every year, but in terms of terabytes sold, HDDs are very important. Physical hard disks still form the backbone of data farms, and larger drives have a lot of advantages for server operators because they have greater areal density. Disk capacity has continued to grow steadily, but with recent 16TB and 18TB HDD drives, we are approaching the limits of conventional technology.

Hard drives store data by changing the polarity of magnetic “bits” on the drive platter. They write data by changing these bits so magnetic North is pointing either up or down. The bits are arranged into concentric rings called “tracks”. It is possible to increase the storage capacity of an HDD in a few ways: add more disks that are called “platters”, add more tracks per platter, or make the bits smaller to increase the bits per track. But each of these ways has a few problems, though.

Firstly, there is no space to add platters. An 18TB drive may be cramming 9 platters into a standard HDD enclosure. Adding more bits or tracks is problematic, too. To make either smaller, you also need to shrink the write head. If the head is too much larger than the tracks or the bits, you may accidentally overwrite neighboring bits when you try to write.

You can shrink the write head, but this makes it harder to generate the magnetic field needed to write data. This problem can be solved by changing the platter material — by lowering its “coercivity” or how resistant it is to outside magnetic fields — but this introduces a new problem. At the scale of nanoparticles, materials with low coercivity have a tendency to randomly flip their magnetic polarity, and it’s not good if you want reliable, long-term data storage.

The solution may be two new techniques called microwave and heat-assisted magnetic recording, or MAMR and HAMR. They use an energy source, either a microwave-generating device called a “spin-torque oscillator” or a laser, or change the platter material’s coercivity. This allows you to pack more data onto each platter. Toshiba just shipped the first MAMR drive, an 18TB model, and MAMR drives from Western Digital are expected shortly. Seagate has 20TB drives out to enterprise partners, and we may get consumer versions of those HDDs as well.

HDD drives made with these methods (collectively called “energy assisted magnetic recording” or EAMR), should enable drives up to 60TB and possibly beyond. And if manufacturers add other changes like dual-actuator designs that could double read speeds, HDD drives should see huge improvements in the next few years.