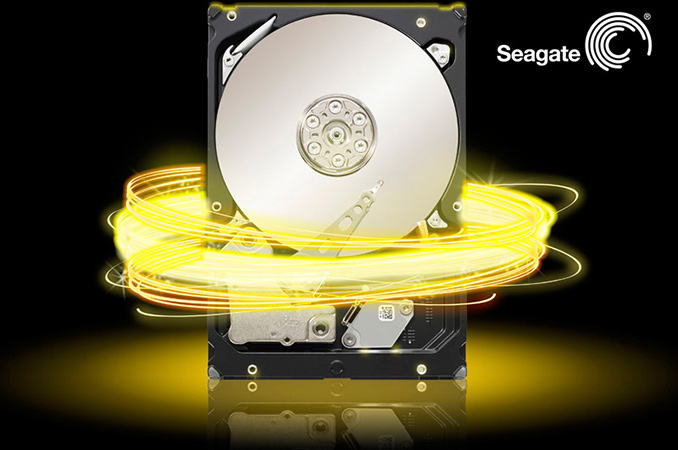 Seagate is set to increase the amount of storage it offers in a hard drive next year with not one, but two higher capacity drives. In an earnings call with analysts and investors, Seagate laid out its high-capacity HDD roadmap, indicating the arrival of the company's first commercial HAMR-based hard drives. An 18TB version will launch in early 2020, while a 20TB HAMR-based model will follow later in the year, likely before Western Digital starts churning out its own 18TB and 20TB competitors.

It is expected that Seagate’s 18 TB hard drive will be based on the same nine-platter platform that is already used for the company’s Exos 16 TB HDD, which means that it will be relatively easy for the company to kick off mass production of 18 TB hard drives. Overall, Seagate’s HDD roadmap published in September indicates that the company’s 18 TB drive will use conventional magnetic recording (CMR) technology. In addition to this product, Seagate’s plans also include a 20 TB HDD based on shingled magnetic recording (SMR) technology that is due in 2020. 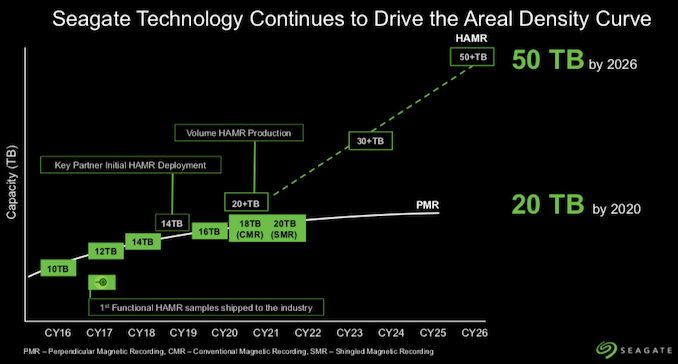 SMR increases the storage density of a drive by partly overlapping the magnetic tracks where the data is stored. This leaves the previous track narrower, but allows more data to fit within the same platter. The drive will also use heat-assisted magnetic recording (HAMR), which temporarily heats the disk material and allows data to be written to much smaller regions. According to the company, HAMR technology will enable Seagate to achieve "at least 20% areal density CAGR over the next decade."

Right now, select Seagate customers are qualifying HAMR-based 16 TB HDDs, so they will likely be ready to deploy 20 TB HAMR drives as soon as they are available. It is noteworthy that Seagate is readying HAMR HDDs with both one and two actuators, as to offer the right performance and capacity for different customers. This would follow Seagate's current dual-actuator MACH.2 drives, which the company started shipping for revenue last quarter.

The new Seagate 18TB and 20 TB HDDs will allow users to store much more data but like any other storage media, they may fail due to physical and logical failures and make that data inaccessible. Then, the owners of Seagate’s 18TB and 20TB HDDs will need to contact a professional data recovery services provider. ACE Data Recovery is excited to see the Seagate hard drives based on new technologies and will gladly help owners of 18TB and 20TB HDDs get their irreplaceable data back. ACEs have an extensive experience in recovering data from HDDs produced by different manufacturers, including Seagate and can boast of the highest success rate in the industry.