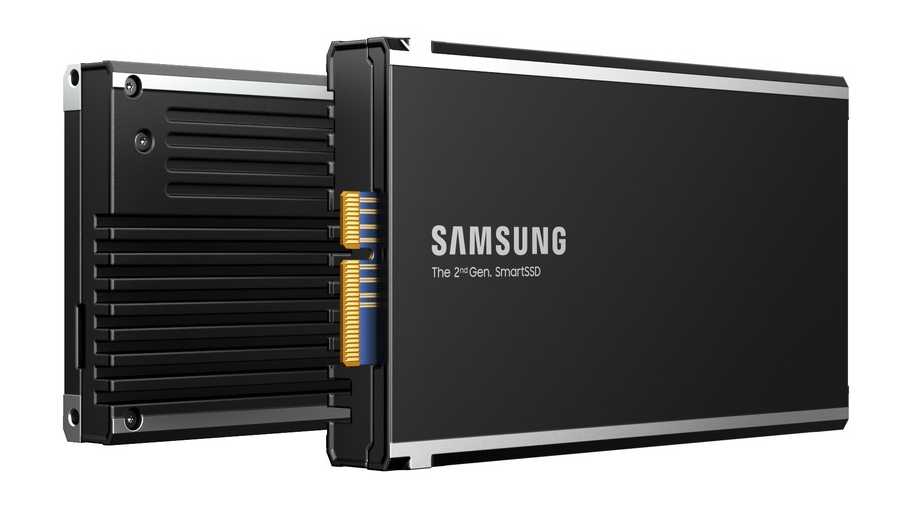 Samsung Electronics announced that it has successfully developed a second generation of its pioneering SmartSSD, an enterprise-focused drive capable of much more than just data storage. The new Samsung SSD is classified as a computational storage device (CSD) that incorporates data processing functionality within a high-performance SSD. Samsung’s SmartSSD can process data directly, thereby minimizing data transfers between the CPU, GPU and RAM.

According to Samsung, this technology can avoid the bottlenecks that often occur when moving data between storage devices and CPUs, resulting in markedly improved system performance and much higher energy efficiency. Powered by Xilinx Versal Adaptive SoCs from AMD, the second-generation SmartSSD is said to cut processing time for heavy database queries by 50% and energy consumption by up to 70% as compared with conventional data center solid-state drives.

There are two types of computational storage systems: those that incorporate processors into the storage device itself (as with Samsung’s SSD) and those that pass compute operations to a storage accelerator located close to the storage drive. Computational storage is not appropriate for every use case, but it has the potential to dramatically accelerate applications that are limited by I/O performance rather than compute.

There is a broad class of applications that benefit from offloading compute functions from a main CPU to a more efficient processing engine. For example, we can think of applications like video transcoding, compression, database acceleration as falling into this category. A video transcoding device closely paired with a SSD storage device can allow a video server to more efficiently stream content at many different quality levels while minimizing unnecessary I/O and data transfers throughout the system.

Samsung launched the first version of the SmartSSD back in 2020, and has since supplied the SSD drive to a number of global IT companies, including video communications platform providers. Over the next few years, the company expects the market for CSDs to expand dramatically. With the upgraded processing functionality of the second-generation SmartSSD, Samsung will be able to easily address increasing customer needs in the database and video transcoding sectors.

It is not yet clear when the second-generation SmartSSD will come to market, but ACE Data Recovery team is looking forward to it. ACEs are ready to help future users of Samsung’s Smart SSD with data recovery needs.