DALLAS, Mar. 23, 2018 -ACE Data Recovery, a data recovery and data storage technologies division of ACE Data Group, has released a significant update to their ZCOPY Ultra™ that is used to read, reconstruct, restore, and recover encrypted data from Solid State Drives (SSDs) that are based on the Seagate Technology’s SandForce controllers. 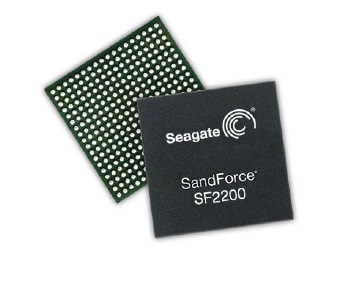 The majority of the SSD and HDD manufacturers today use a hardware based full drive encryption by default to prevent an unauthorized access to the data with SandForce being one of the first to implement such encryption in all their controllers. Naturally, hardware based encryption severely hinders the data recovery process in case of a SSD or HDD drive failure. Under the partnership with SandForce, ACE Data Recovery has developed a unique technology for recovering data from failed SSDs even with damaged metadata (also known as a “panic mode”). ZCOPY Ultra’s hardware component provides the ability to read an SSD’s NAND chips into raw dumps or images. ZCOPY Ultra’s software component is then able to rebuild the entire SSD from the individual raw dumps to a standard LBA format accessible by operating systems and applications.

“ACE Data Recovery has been in a partnership with SandForce since 2012. With such update to ZCOPY Ultra™, we add the ability to decrypt pages from the raw flash memory images encrypted by SandForce’s SF-1222, SF-2241, SF-2281 and other similar SSD controllers,” said Yevgeniy Tolkunov, ACE Data Group’s CTO. “We can also help with the decryption of the SSDs with a lost user ATA password with a proof of ownership or court order.”

ACE Data Recovery is one of the top providers of data recovery services to customers all over the world. Since 1981, ACE Data Recovery has worked with all types of storage media including HDDs, SSDs, RAIDs, SAN and NAS devices, flash drives, and tapes. The company’s Headquarters are located in Dallas, TX, with additional labs in Houston, TX, and Chicago, IL. For additional information, visit https://www.datarecovery.net