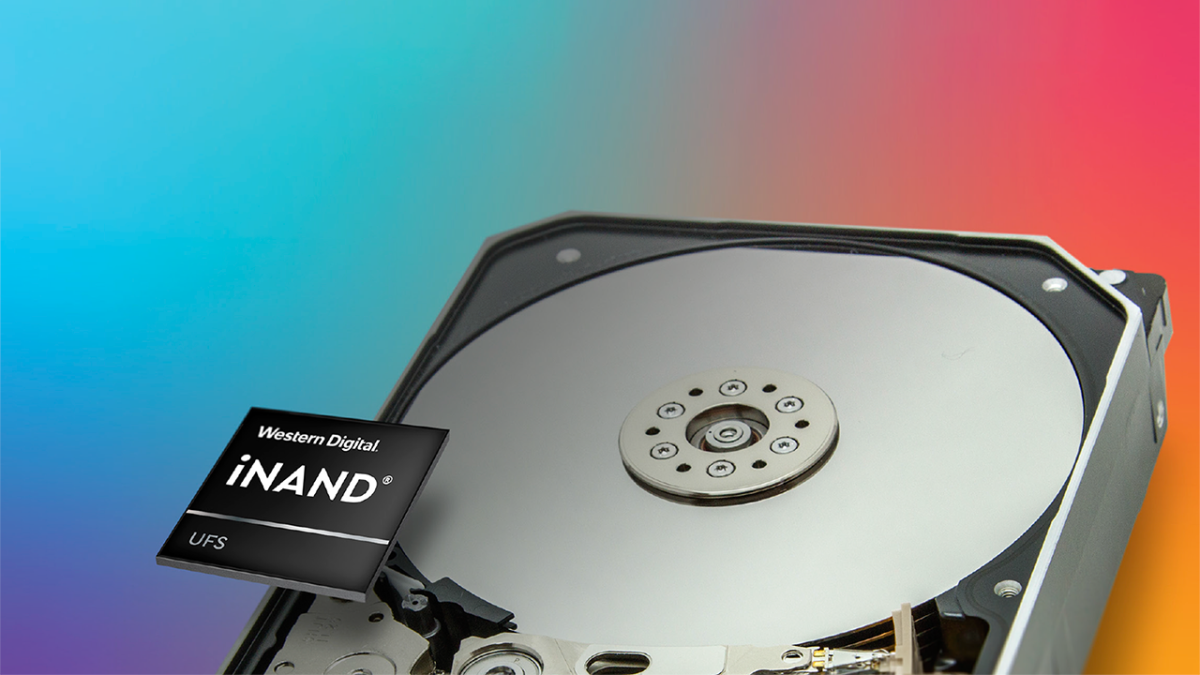 The Western Digital 20TB HDDs with OptiNAND technology are based on nine 2.2TB ePMR (energy-assisted perpendicular magnetic recording technology) platters, triple-stage actuator technology for more precise positioning of read/write heads, an iNAND UFS drive of unknown capacity that uses 3D TLC NAND memory, and the company’s custom system-on-chip (SoC) that controls the drive and communication between the HDD and the EFD.

WD is insistent that OptiNAND drives are not similar to hybrid HDDs of the past that combined a NAND flash cache with traditional mechanical storage. Since the metadata is no longer stored on the platters of the disk, user-accessible space is increased. WD also indicated that as the areal density of their HDD drives increases so the capacity gain from this metadata offload would increase as well.

Additionally, the metadata offload results in improved performance on the HDD drive. Since the drive spends less time seeking on the disk for this metadata, and can instead pull that information from the iNAND flash, the hard drive’s overall performance increases.

WD is also making claims of increased reliability of its hard drives based the OptiNAND technology on as well. According to Western Digital, nearly 50x more customer data can be retained in the event of an emergency power off (EPO) scenario, compared to previous-generation HDDs.

Western Digital says that its OptiNAND technology will be used across multiple generations of its upcoming HDDs, including those based on ePMR and its successors. WD expects to be able to use this combination of technologies to scale to much larger hard drive capacity. The company is targeting 50TB drives using their energy assisted recording and OptiNAND by the late 2020s. The company promises to begin announcing market-specific, purpose-built products across its portfolio later this year.

The new Western Digital HDDs with OptiNAND technology will deliver the capacity, performance and reliability and allow businesses to store vast amounts of data, but that doesn’t mean they will never fail. In such case, businesses will need to contact a professional hard drive data recovery services provider like ACE Data Recovery. ACEs are excited to see new WD HDDs based on the innovative OptiNAND technology and will gladly help their owners with their data recovery needs.