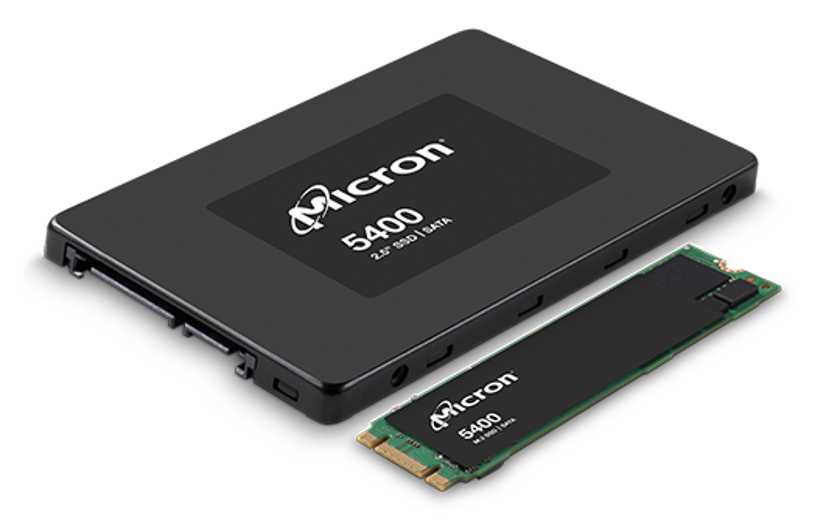 Micron has announced the new Micron 5400 SATA SSD for data centers, but with a difference; it is the first to come with the company's proprietary 176-layer NAND technology. The Micron 5400 SSD allows data center operators to install new servers (or upgrade existing ones) while continuing to use the SATA interface and provides a viable alternative to lower capacity 10K and 7.2K SATA HDDs.

Three versions of the Micron 5400 SATA SSD drive will be available: Boot, Pro and Max. The latter is optimized for mixed usage, offering a much higher endurance (drive writes per day) compared to the Pro SKUs, which are more geared towards read-intensive scenarios. The 5400 Max SSD offer up to 3.33x times the SSD endurance.

According to the company, the Micron 5400 SSDs enable broad use cases, deliver significantly better performance than traditional hard disk drives (HDDs), and extend the life of SATA platforms. But, unfortunately, they are also vulnerable to logical SSD failures that may result in critical business data inaccessibility. In such situations, the owners of the Micron 5400 SATA SSD will need to contact a reliable data recovery services provider to get their irreplaceable data back. ACE Data Recovery team has extensive experience in recovering data from all types of storage media and is ready to help the Micron 5400 SATA SSD owners with their data recovery needs.