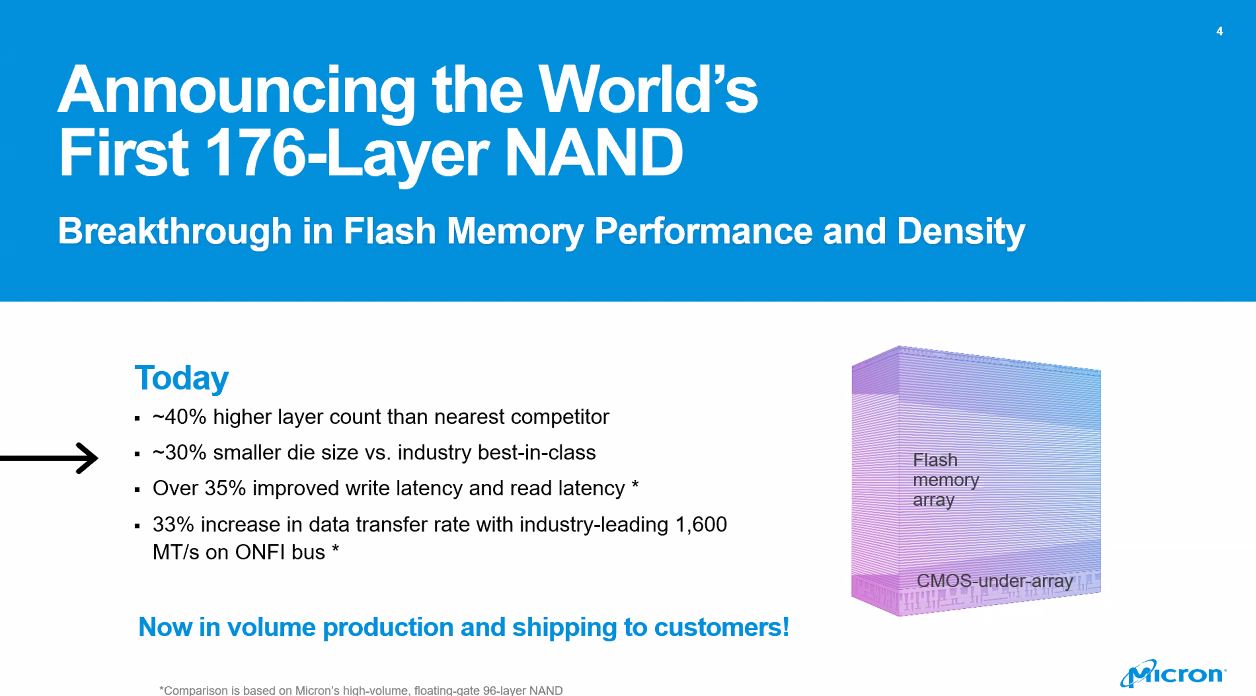 According to Micron, the new 176-layer QLC NAND will also be incorporated into select Micron Crucial consumer SSDs, and available as a component for system designers. Micron’s 176-layer QLC NAND enables 33% higher I/O speed and 24% lower read latency than Micron’s prior generation solution. Its replacement-gate architecture is the only mass production QLC flash storage that combines charge trap with a CMOS-under-array design.

The Micron 2400 SSDs are designed to support the Project Athena specification, which enables over nine hours of battery life even when used with HD displays. The 2400 SSDs help reduce battery demand with active idle power consumption that is 50% lower than the prior generation for hours of untethered productivity and entertainment.

But no matter how good they are, the new Micron 176-Layer QLC NAND PCIe Gen4 Client SSDs are also vulnerable to logical and physical failures that result in critical user files inaccessibility. To get their irreplaceable data back, the owners of the Micron 2400 SSDs will need to contact a professional data recovery services provider. ACE Data Recovery team has an extensive experience in recovering data from all types of storage media and is ready to help with the Micron 2400 SSD data recovery.