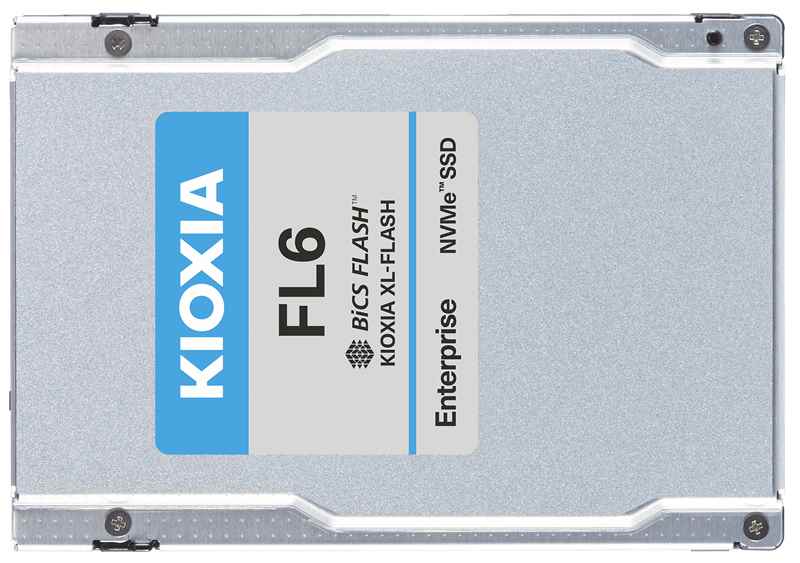 Kioxia has launched a new drive, the Kioxia FL6 NVMe SSD where it is still using its BiCS FLASH 3D NAND. Featuring the Kioxia SCM solution, XL-FLASH, the dual-port and PCIe 4.0-compliant Kioxia FL6 Series SSDs bridge the gap between DRAM and TLC-based drives. Those features make them well-suited to latency-sensitive use cases, such as caching layer, tiering, and write logging.

When it comes to performance Kioxia didn’t have any information to provide. They issued some generic statements like, “The FL6 Series performs well on low queue depth workloads but its true strengths are revealed as workloads become more demanding and mixed. In these environments, FL6 drives deliver reliable quality of service – a critical attribute for a wide variety of latency-sensitive applications.”

The Kioxia FL6 Series is now sampling to key industry partners and customers. The Kioxia FL6 SSDs are the company’s answer to Samsung Z-NAND and in some ways also Intel Optane SSDs. Unlike SCM that goes into memory channels, they can offer higher capacities albeit at the expense of going over PCIe. But unfortunately, the new Kioxia FL6 SSD with 60 DWPD XL-FLASH are also vulnerable to logical and physical SSD failures that ay result in critical data inaccessibility. In such cases, the owners of The Kioxia FL6 SSDs will need to contact a professional data recovery services provider, like ACE Data Recovery team. ACEs can successfully recover data from all types of storage media and are ready to help the the Kioxia FL6 SSD owners with their data recovery needs.