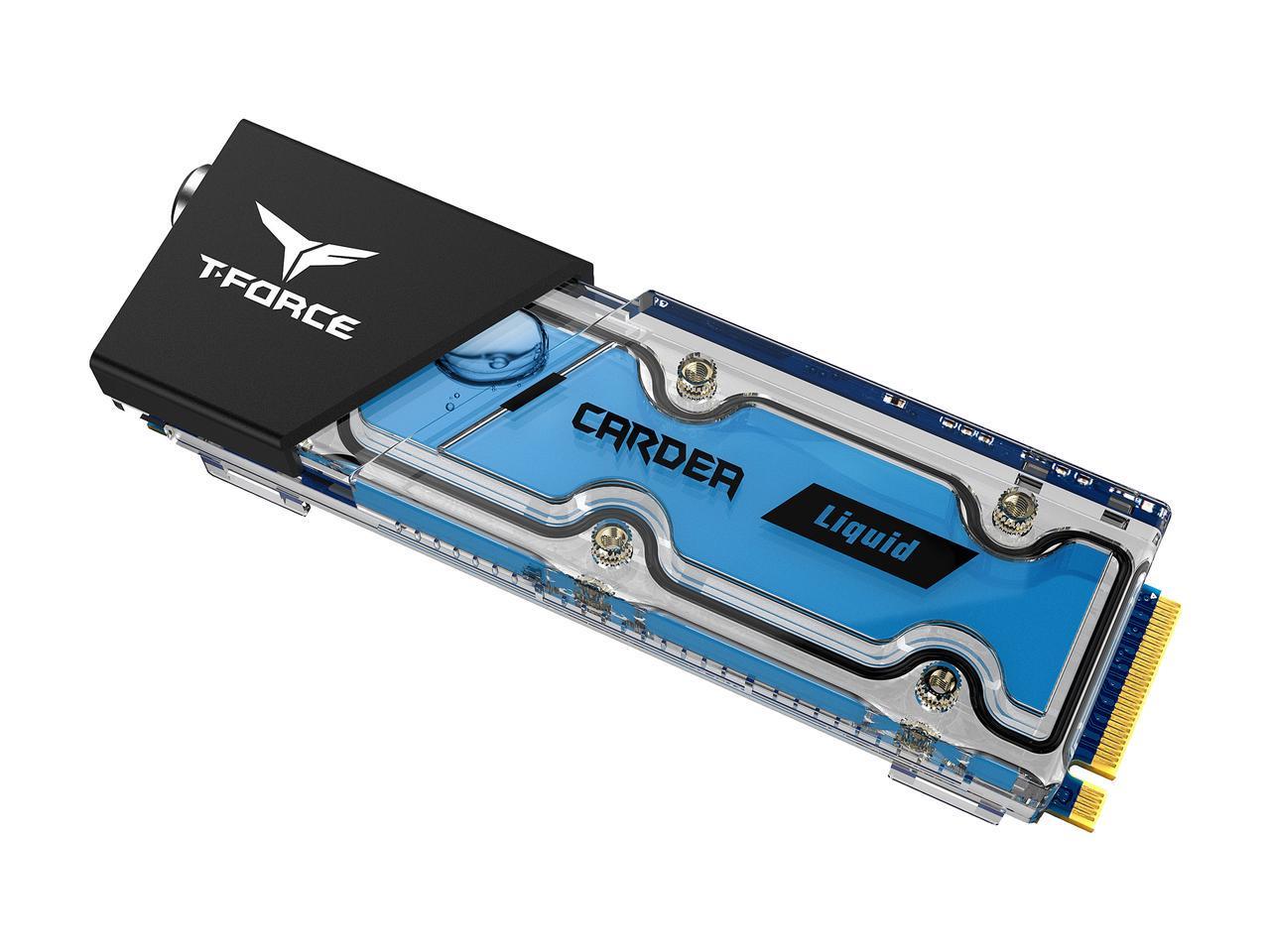 Team Group has launched the world's first liquid-cooled M.2 SSD, which they first showed earlier this year at Computex. The Cardea Liquid SSD features a self-cooling liquid design that the company says has been proven to lower operating temperatures by up to 10 degrees Celsius.

The cooling system of the T-Force Cardea Liquid is relatively simple. The liquid cooling module relies on the self-circulation effect by separating the water block into two chambers. When the coolant in the chamber above the controller/memory gets hot, it flows to the second chamber to cool down. The aluminum water block acts like a vapor chamber, but uses a mainstream coolant instead of a specialized low boiling point liquid. Because it's still a closed cooling system, the SSD and its cooling module still requires a good airflow inside the PC case to pull heat away and out of the system. The drive has a translucent indicator on the left of its transparent body so you know when to adjust the balance between the coolant and air. The black sliding rail gives you access to a screw inlet so you can add more coolant or replace the default blue coolant with another color.

The Cardea Liquid SSD complies with the M.2 2280 form factor, but due to its liquid cooling system, the drive measures 83.9mm long and 14.1mm high. It communicates with your system through a typical PCIe 3.0x4 interface and supports the NVMe 1.3 protocol. Due to the liquid cooling aspect of the drive, the Cardea Liquid is recommended for desktop computers. It certainly isn't going to fit in a laptop.

The new Team Group’s Cardea Liquid SSDs is a good option for gamers but they may fall victim to logical and physical failures just like any other storage media. In this case, the Cardea Liquid SSD owners will need to contact a reliable data recovery services provider to get their irreplaceable data back. ACE Data Recovery can successfully recover data from all types of storage devices, including NVMe SSDs and can boast of the highest success rate in the industry. ACE Data Recovery team will gladly help the Cardea Liquid SSD owners with their data recovery needs.