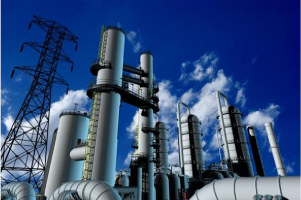 The use of Virtual Machines has become more popular in today's enterprise world. Companies like VMware, Microsoft, Oracle, and Citrix offering this type of virtualization infrastructure have a number of advantages in disaster recovery strategy, hardware manipulation, and optimization. However, they are still vulnerable to data loss caused by a number of internal and external factors. While things such as water damage, power surges, and human error would make most peoples' list of factors, corrosion due to sulfur gas exposure probably would not. But that is exactly what happened to a major energy company based in Texas.

They had recently acquired another energy company, but had not yet included them in their weekly backup schedule. Unknown to them was the fact that a small amount of sulfur gas was leaking near one of their Dell PowerEdge RAID arrays that caused corrosion of some of the drive connectors and logic boards. The RAID 5 array housed a VMware Virtual Machine File System (VMFS) that contained geophysical data and drawings vital to the company. The RAID 5 eventually failed and without a backup to recover from, they were scrambling for a solution. Fortunately they had worked with ACE Data Recovery in the past, so they called on them once again to get back their very valuable data.

Two of the drives had damaged logic boards and another had several bad sectors. So, the first step was to get the drives operational so they could be imaged. This was accomplished by swapping out the bad logic boards with new ones and re-flashing the ROM from other members of the array. This allowed the ACE DRS engineers to image all of the drives in the array, so they could begin reconstructing the RAID. Since one of the members still had a handful of bad sectors, they left it out of the rebuild process.

ACE Data Recovery was able to recover 290 GB of the 300 GB VMDK files and all 140 GB of the user data. At this point most recovery companies would have called this a "successful" job and sent the data back to the client. However, ACE Data Recovery knew the job was not fully completed. Their engineers understood the VMDK was corrupted and would not mount properly as is. Using custom designed and built software they successfully recovered the VMDK to a viable state and returned it and the user data on separate media to the company.

This complex, three-step, emergency recovery was completed in just under 36 hours and saved the energy company hundreds of thousands of dollars it would have cost to recreate the geophysical data and drawings. This is why the top Fortune 500 companies trust their critical data to ACE Data Recovery. We are experts in all types of media, as well as virtual environments, SQL Server, Exchange, and other databases. Do not trust your business data to companies that will only due partial recoveries. Give it to the company with the best engineers and the highest success rate in the industry: ACE Data Recovery.

We guarantee your satisfaction and promise to exceed your expectations.