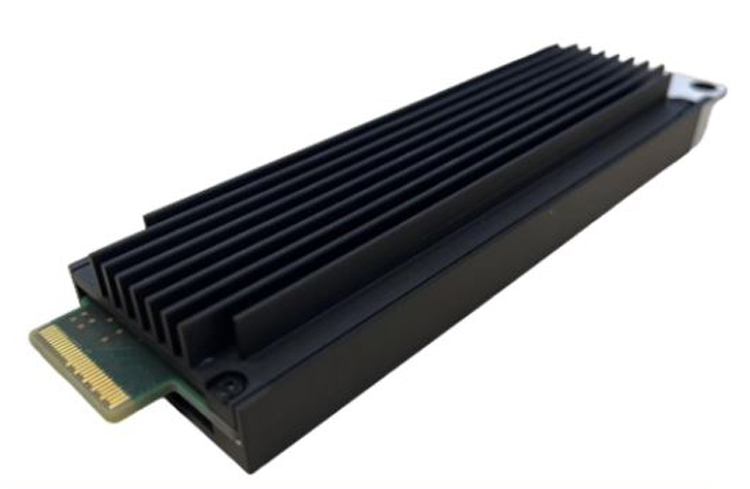 Intel announced two new SSDs in the EDSFF E1.S form factor. Both the P5801X and the D7-P5510 SSDs were revealed during an April 27 Open Compute Project (OCP) workshop presentation. The EDSFF E1.S form factor is similar to the gumsticks. This standard allows for higher storage density, speed, reliability, and energy efficiency than the M.2 size devices.

The new standard has benefits, such as better cooling and hot-swap capabilities, which can be challenging in M.2 SSD deployments. The new Intel Optane P5801X is a SSD designed for high-performance but lower capacity using 3D XPoint, while the Intel D7-P5520 SSD is designed for capacity and performance.

The Intel Optane P5801X SSD will come in 400GB and 800GB models. This is a modified version of the existing P5800X, but slightly faster and in E1.S format. According to Intel, the P5801X SSD will be the fastest SSD in the world. Unlike its U.2 counterpart, the P5801X doesn’t have 1.6 and 3.2TB models, presumably due to lack of space on the smaller form factor. But the new SSD drives feature the slightly improved IOPS performance, as well as the read and write speeds.

The other SSD drive is the Intel D7-P5520, an E1.S counterpart to the D7-P5510. The Intel D7-P5520 Optaine SSD drives will come in capacities between 1.92TB to 7.68TB, offering large amounts of high-speed storage for customers. While there are higher capacity U.2 drives, these are performance-focused NAND SSDs from Intel, and they are designed to be densely packed into servers.

Further details about the new SSDs are not known until Intel makes its official announcement. What is known is that Intel will begin shipping samples of the P5801X SSDs in the third quarter, 2021, and samples of the D7-P5510 SSDs can be expected this year.

ACE Data Recovery team is excited to see the Intel Optane P5801X and D7-P5520 SSDs being launched in the new form factor and is ready to help their owners with their data recovery needs.